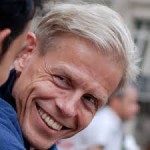 Peter A. Gloor is a Research Scientist at the Center for Collective Intelligence at MIT’s Sloan School of Managementwhere he leads a project exploring Collaborative Innovation Networks (COIN).He is also Founder and Chief Creative Officer of software company galaxyadvisors where he puts his academic insights to practical use, helping clients to coolhunt by analyzing social networking patterns on the Internet – spot the next big thing by finding the trendsetters, and to coolfarm – make the cool trends succeed on online social networking sites.

In addition Peter is a Honorary Professor at University of Cologne, a lecturer at Aalto University in Helsinki, and Distinguished Visiting Professor at P. Universidad Católica de Chile. Previously, Peter was a Partner with Deloitte Consulting, leading its e-Business practice for Europe, a Partner with PricewaterhouseCoopers and the section leader for software engineering at UBS. He was a postdoctoral fellow at the MIT Lab for Computer Science in the Advanced Networking Architecture group, working on hypertext well before the Web emerged and creating the multimedia CD “Animated Algorithms” (published by MIT Press). He obtained a Ph.D in Computer Science from the University of Zurich, and a Master’s degree (diploma) in Mathematics also from the University of Zurich.

In his spare time he likes to work on bridging the digital divide, hiking and skiing in the mountains, and playing the piano.

He has written 7 books, most recently Swarm Creativity – Competitive Advantage through Collaborative Innovation Networks (Oxford University Press, 2005), Coolhunting – Chasing Down The Next Big Thing (with Scott Cooper) (AMACOM, 2007), and Coolfarming – Turn Your Great Idea In The Next Big Thing (AMACOM 2010).